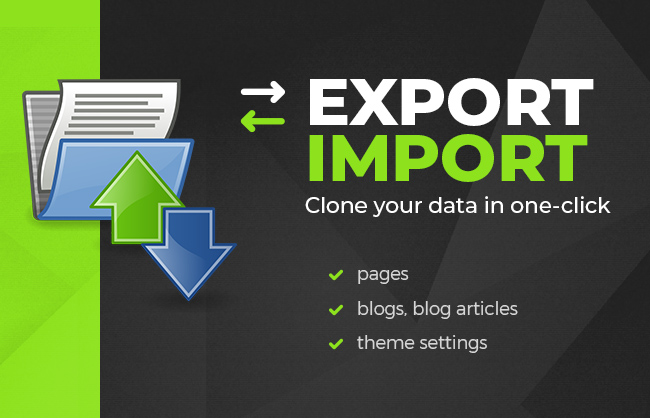 My primary business is to create awesome eCommerce themes. I starts about ten years ago with osCommerce. I have create themes for various eCommerce platforms like OpenCart, CS-Cart, Magento, PrestaShop, 3dcart, BigCommerce and of course Shopify. As for me Shopify is best eCommerce software for front-end developer.

Firstly Shopify has ThemeKit and Slate tools which made development process very easy. Same as if want I want to create just HTML/CSS/JS project.

But of course exist some disadvantages. If you want to create exact the same store for testing or to install same demo data on client’s store. There is no easy solution for this. You should copy and paste multiple objects from one store to another. It’s very annoying and time consuming task. You can spend hours to replicate store.

Now for example if my theme includes fifteen predefined layouts and variants and couple hundreds of customers. It’s nightmare to configure pre-build layouts for each customer. Same customers may to switch from one layout to another. Aaaaah!

Receive our latest updates about our products and promotions.